Does my sexiness upset you?
Does it come as a surprise
That I dance like I’ve got diamonds
At the meeting of my thighs?

Out of the huts of history’s shame
I rise
Up from a past that’s rooted in pain
I rise
I’m a black ocean, leaping and wide,
Welling and swelling I bear in the tide.

Leaving behind nights of terror and fear
I rise
Into a daybreak that’s wondrously clear
I rise
Bringing the gifts that my ancestors gave,
I am the dream and the hope of the slave.
I rise
I rise
I rise.

​"I was at the Mar-a-Lago Club Easter Sunday and she happened to be singing, Dawn Marie, and I was asking our President-Elect a question about his stamina and how he keeps his vocal ease going and he kept talking about the lady that was singing on the stage. He said, "Dick you've got to play her on your radio station.".......Leonard Cohen, a spirit and .a soul beyond compare. Leonard Cohen passed away and our friend Dawn Marie will be singing it in the next hour."

On-Air Testimonial from the Founder and Owner of Legends Radio 100.3 FM, Dick Robinson

"I like to think that my Facebook friends are aware of just how discerning I can be when it comes to female singers. Likewise, interpretations of an outstanding piece of work such as Leonard Cohen's "Hallelujah", the benchmark recording of which I consider to be that by Jeff Buckley. My lovely friend Dawn Marie has risen to the challenge and produced what I consider to be not simply an excellent performance of "Hallelujah", but one that is complemented with a beautifully produced video. I do hope it brings her much deserved success."
​Ron Roberts, President and Creative Director for Connie Francis' Concetta Records 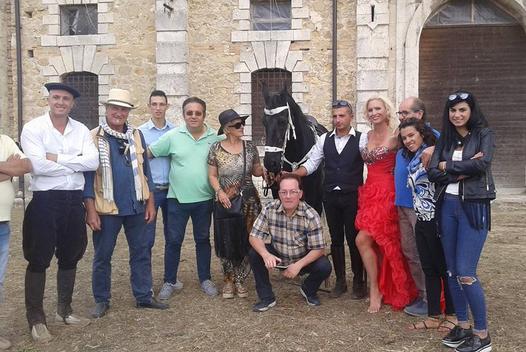 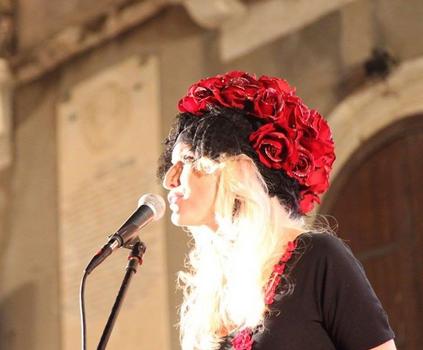 ​Concert in Valguarnera, Sicily next to the church of my great-grandparents. Photo by Gigi La Vacarra. Designs by Salvi. 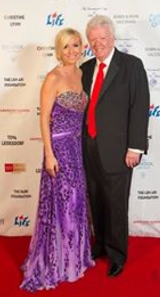 ​"Filming these music videos has been very liberating and a reminder to give myself permission to be creative and to shine. This Maya Angelou poem from "Still I Rise" comes to mind. Although written with civil rights issues in mind, the poem is universal in its appeal. Any innocent individual, any minority, any survivor of assault, abuse, or oppression can relate to the underlying theme. Don't give in to bullying, humiliation and injustice. Her defiance is brilliant. Her words continue to help me heal and give me courage to keep shining and expressing myself through performance art and music. " ~DM 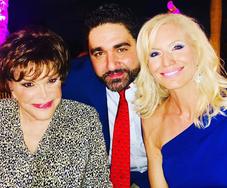 ​"I hope you enjoy this artistic interpretation of Leonard Cohen's song, "Hallelujah".  It follows the story of David and Bathsheba from the Old Testament. It is set to the backdrop of my ancestor's town of Valguarnera, Sicily. It was filmed in The Mother Church where my great-grandparents were married in 1908. We used the "marble arch" (referenced in the song) of my great-grandmother's home. The town was so gracious in allowing us to film in the Casa Museo Caripa and providing wardrobe from centuries past and other historical landmarks including the Cemetary, the Floristella Mine where the horse named "Mafiosa" played a cameo role. Watch closely for little Giacomo Puccini who also makes an appearance at the end!

​Thank you Samuele Santuzzo of STUDIO 61 who was in charge of shooting and editing, the master director Alessandro Caiuli, Salvi Designs for styling and make-up artisry, Carlo Bellone for providing the famous balcony, and Casa Museo Caripa. I also wish to thank the people of Valguarnera for their hospitality and generous support of this project. ~Dawn Marie

You may write me down in history
With your bitter, twisted lies,
You may trod me in the very dirt
But still, like dust, I’ll rise.

Does my sassiness upset you?
Why are you beset with gloom?
‘Cause I walk like I’ve got oil wells
Pumping in my living room.

Did you want to see me broken?
Bowed head and lowered eyes?
Shoulders falling down like teardrops,
Weakened by my soulful cries?

Does my haughtiness offend you?
Don’t you take it awful hard
‘Cause I laugh like I’ve got gold mines
Diggin’ in my own backyard.