Boca Helping Hands has done so much to help those affected by Covid-19. In case you missed it, here is a short clip of my performance of Kasey Musgrave's, "Rainbow". If you are in a position to give, I hope you will. Boca Helping Hands is a 4-star rated charity run by over 300 volunteers & 17 full-time employees. BHH provides food, medical and financial assistance to meet basic human needs as well as education, job training and guidance to create self-sufficiency. Thank you for watching! <3 Give @ Boca Helping Hands

​Dawn Marie released her first CD in 2016 entitled “Alba” which is the Italian word for Dawn. The project was a dedication to her living ancestors on the island of Sicily whom she discovered while living and performing in Rome, Italy in 2002. She was so inspired by meeting them, she set out to learn how to speak and sing in Italian. In the summer of 2016 she performed a concert for the town of her ancestors in Valguarnera, Sicliy staged right next to the church her great-grandparent’s were married in over a century ago.

Order Dawn Marie's CD and be sure to include your mailing address! 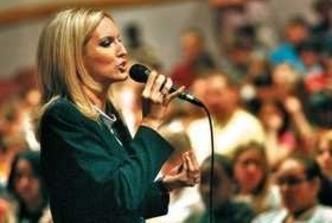 ​*If you are a booking agent, and/or fellow entertainer, I kindly ask that you do not submit me for dates or use my images, video, or anything contained in this website without my express permission. Should a club or any venue wish to hire me, they may do so directly via email:
dawn@shinemodelandtalent.com or by contacting me directly at 561.779.4492
Thank you in advance for your cooperation. 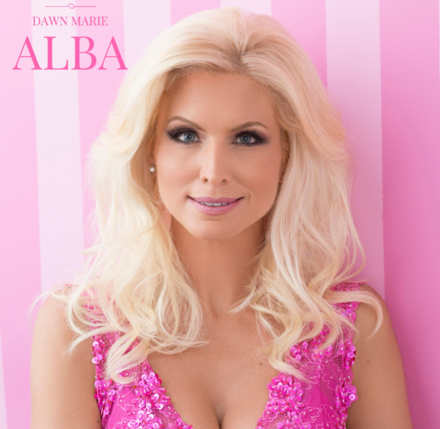 ​​​​​Dawn Marie’s musical career began in NYC when she graduated from the American Musical and Dramatic Academy in 1996. While pursuing music, she worked as an actor and model appearing on Law and Order and Sex and the City while also gracing covers of magazines and modeling in catalogues. In 2002, she competed in the nationally televised Mrs. America Pageant winning the award for "Best State Costume". In 2006 she won the title of Ms. Florida and eventually captured the national title of Ms. United States. Dawn Marie went on to speak at schools across the country reaching over 100,000 students with her anti-bullying message. She balanced performing at prestigious venues throughout South Florida with her full speaking schedule.

Dawn Marie has a deep love for songs from the Great American Songbook as well as Italian opera, Broadway Show tunes and the Blues. Her voice has been described as soulful and angelic. She always gives an honest, connected performance straight from her heart and life experiences to the listener. Her music is regularly featured on Legends Radio 100.3 and can also be found on Spotify and iTunes.  Music lovers can look forward to the up-close and personal, intimate and easy going atmosphere that Dawn Marie creates in any of the many venues she can be found: Pelican Cafe, Carmine's La Trattoria, La Masseria, Bice, The Colony Hotel, Mar-a-Lago, Trump International, and many of the finest country clubs in South Florida. ​​

In 2014 Dawn Marie began performing at Trump International in West Palm Beach where her performance caught the attention of the the then presidential candidate Donald Trump and his wife Mrs. Melania Trump. She went on to perform regularly for the president, his family, dignitaries, heads of state, royalty and celebrities from around the world at the “Winter White House” and at special events throughout the country. On Christmas Eve of 2016, Dawn Marie performed the national anthem for the President Elect's Christmas Eve Gala at Mar-a-lago which aired on WPBF News Channel 25. While patriotic, and honored to perform for such esteemed audiences at this time in history, she considers her role as a vocalist to be non-political. She is simply grateful  for the opportunity to connect people to their hearts and humanity through music.​

I am happy to announce that I will be returning to performing live at the following locations:

Pelican Cafe (Tuesdays 6PM-9 and Carmine's La Trattoria Fridays 6:30PM-9:30), some Thursdays at La Masseria, PBG 6PM-9, (Call to confirm), and every other Wednesday at Art Basil, Manalapan 6PM-9. If you feel safe to come out, I'll be so happy to see you! I'll be remaining at a safe distance in the stage area but I can surely wave to my good friends. I will also be live streaming my performances on Facebook Live when possible.

I pray everyone stays safe, healthy and above all, that we can help and support each other during this time of uncertainty.  "Love is the crowning grace of humanity." ~Petrarch