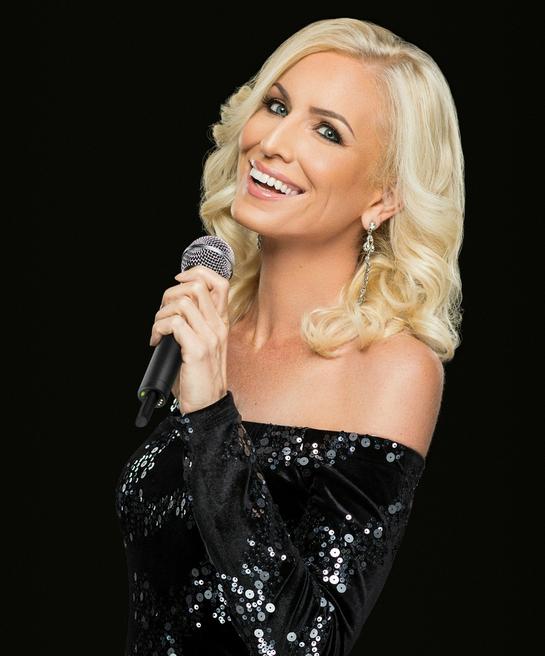 Dawn Marie's repertoire includes  music  from the Great American Songbook as well as Italian Opera, Broadway Show tunes, Country, and the Blues. Her voice has been described as soulful and angelic. She always gives an honest, connected performance straight from her heart and life experiences to the listener. Her music is regularly featured on Legends Radio 100.3 and can also be found on Spotify and iTunes.  Music lovers can look forward to the up-close and personal, intimate and easy-going atmosphere that Dawn Marie creates wherever she performs.

On Christmas Eve of 2016, Dawn Marie performed the national anthem for President Elect's Christmas Eve Gala at Mar-a-Lago which aired on WPBF News Channel 25. While patriotic, and honored to perform for such esteemed audiences, she considers her role as a vocalist to be non-political. She is simply grateful for the opportunity to connect people to their hearts and humanity through music.​

When Dawn Marie isn't singing, she uses  her voice to help keep kids safe. She speaks at schools throughout Palm Beach County on human trafficking prevention, bullying, internet, and personal safety, as well as at events, fundraisers, and men's groups. In 2012 she was honored by the Palm Beach County School district for her work with kids, and most recently was presented with the Giraffe Award for Philanthropy by the Palm Beach Women's Chamber of Commerce. View her appearance on Good Morning South Florida on CBS speaking out on bullying in our schools, and WPTV speaking on human trafficking prevention. She is also a featured author in the International Best Seller, "Overcomer: Redeemed Masterpiece".

Dawn Marie takes the audience through her life story with the backdrop of music from all genres. Beginning in the projects of Buffalo, NY, where she grew up learning music from her Sicilian Grandmother to leaving home to study on Broadway, later gracing the covers of magazines, walking the catwalk, appearing on TV shows like Sex and the City, to being crowned Miss United States. In 2002 she discovered her living ancestors in Sicily where she later performed concerts in Italian and English. She eventually landed back in South Florida performing for the president, world leaders, royalty, dignitaries and celebrities. The music that tells her story is American Songbook including popular English, French, Spanish and Italian standards, Broadway, Italian Opera, Golden Oldies, and the Blues. Her performance is heartfelt, engaging, interactive, and so much fun! Audiences laugh and cry as they connect with memories of their own love and life stories.

​"My mother sang Ave Maria to me when I was so lost in my life... she saved my soul.. you’re saving souls right now.. you are a glorious singer straight from heaven. you are JUST PURE HEART AND SOUL AND SO BREATHTAKING... you made my life so beautiful tonight. Thank you. I’m crying"
-Rob Shapiro

"Not only are you a wonderful singer, you ARE A BRIGHT LIGHT!!!!"
-BarbaraAnn Little

"Your beautiful heart shows when you sing!"
-Jane Goldie Winn

"Thanks for sharing your gift, Dawn. Very sweet energy flowing into my ears."
-Dayna Shultz

"Listening to you leaves me smiling and feeling the most content I have all day. Thank you."
-Michael Glickman

"Your singing is exactly what I needed. Always remember you have a gift."
-Anonymous (written on a napkin.)

​"I like to think that my Facebook friends are aware of just how discerning I can be when it comes to female singers. Likewise, interpretations of an outstanding piece of work such as Leonard Cohen's "Hallelujah", the benchmark recording of which I consider to be that by Jeff Buckley. My lovely friend Dawn Marie has risen to the challenge and produced what I consider to be not simply an excellent performance of "Hallelujah", but one that is complemented with a beautifully produced video. I do hope it brings her much deserved success."
​-Ron Roberts, President and Creative Director for Connie Francis' Concetta Records

​​"I was at the Mar-a-Lago Club Easter Sunday and she happened to be singing, Dawn Marie, and I was asking our President-Elect a question about his stamina and how he keeps his vocal ease going and he kept talking about the lady that was singing on the stage. He said, "Dick you've got to play her on your radio station.".......Leonard Cohen, a spirit and a soul beyond compare. Leonard Cohen passed away and our friend Dawn Marie will be singing it in the next hour."
-On-Air Testimonial from the Founder and Owner of Legends Radio 100.3 FM, Dick Robinson

"Thank you for your amazing performance on Thursday evening. Those in attendance can't stop talking about and singing your praises. We can't wait until our next opportunity to see you perform." -John Segall, Ibis Country Club